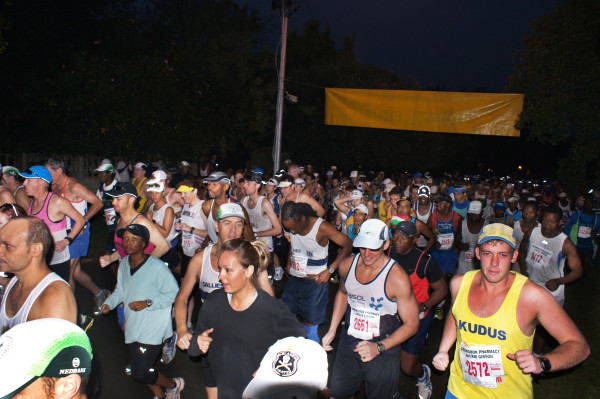 CMH Toyota Alberton supported the runners at the Jackie Gibson Marathon on the first of April 2017 Sunday morning with a water point and two time keeping vehicles. 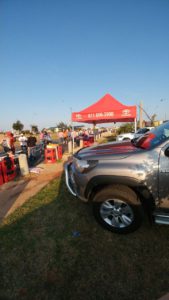 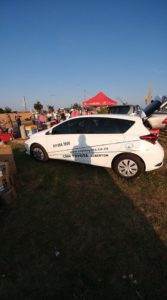 The staff from CMH Toyota Alberton had some fun while entertaining the runners at their water point while handing them some refreshing water sachets and also motivating them. Everyone arrived relatively early that morning, stretching and warming up for the run, some people looked more than just excited to run that race. The Jackie Gibson is a qualifying event for the Comrades Marathon.

The Route was given a difficult rating of around 4 with a Circular route type that had some steep up hills and some sublime, towards the finish there was a small two kilometre incline but runners kept going strong towards the end. The prize winners received medals, goodie bags and lucky draw prizes. Walkers also attended the Marathon but had to finish in the 04:00 time limit. 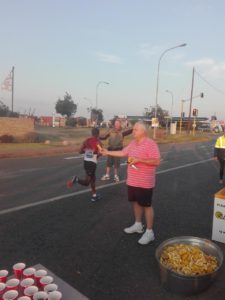 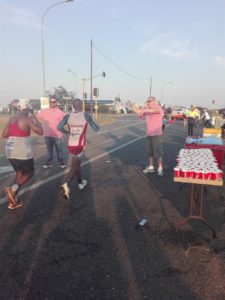 The Jackie Gibson Marathon was inaugurated in 1946. Jackie Gibson represented South Africa in the 1936 Berlin Games and finished seventh. In the following year he set an Empire record when he won the South African Championships in Krugersdorp.